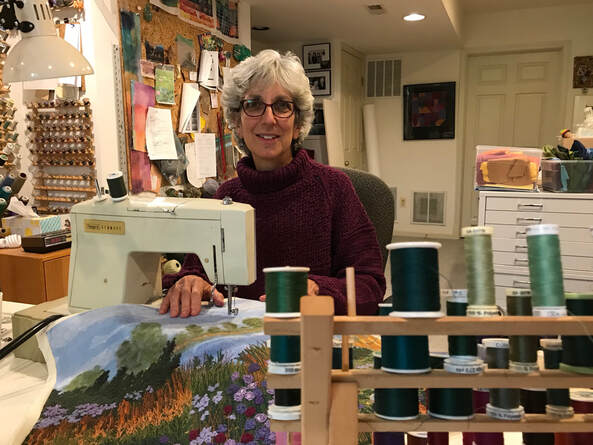 My fiber artwork celebrates texture, color and the myriad possibilities fiber offers to “paint” an image using fresh and unusual techniques. I use free-motion machine embroidery, bobbin embroidery, needle-felting and silk-painting to create my paintings in fiber. I explore the effects of layering fabrics, threads and yarns in order to create depth, rich color and texture in both my stitched paintings and collages.

When I created my first stitched painting in 1984 (while completing my law degree), I realized that fiber was the ideal medium for me; it blended the skills and sensitivity acquired while obtaining my degree in art with the love for fabric that I had had since I began sewing in junior high school.

I began selling my fiber artwork when I was living in Munich in the mid-1980's. Then, as now, stitching played a primary role in my work and I used the sewing machine as others would use a pencil or paintbrush. While in Munich, I learned the art of silk painting which prompted me to begin experimentation with different weaves of silk. Designing silk collages from layers of colored silk was a natural progression. ​​ 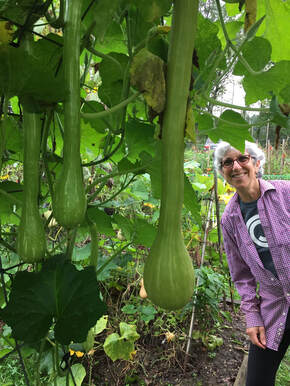 One body of my current work combines my interest in gardening and garden imagery with free-motion machine embroidery. My fascination with layers, which originated in my more abstract work, includes layering threads and yarns to create depth, rich color and texture. Movement and flow of color play an important role in my work, as do shadows and reflections.

My most recent work combines needle-felting with free-motion machine embroidery. Landscapes, which are frequently based on places I have been fortunate enough to encounter in my travels, are created from layers of richly colored silk with stitched details.